Seems far too subtle and gentle to have any effect. How wrong can you be! This natural, non-invasive therapy delivered by knowledgeable and experienced practitioner David Murphy is wonderful. Cannot recommend David enough. In fact already have to anyone who cares to listen!

Can’t recommend this man highly enough! Following a severe back injury and subsequent spinal operation, this man managed to start a healing process that I can only describe as magical

Don't know what kind of witchery you performed the other day but after nearly 2 weeks on a very strong prescription and hardly any mobility due to back pain I'm feeling so much better. Taking less pills AND they are actually helping - appetite and energy levels are back. Thank you so much

I have received bowen therapy for 2 years now as method of spoiling myself just for general well being. I first attended with severe back and neck pain. I take no meds and David keeps my physical health regularly topped up - lol. The guy's magic. To any one who is contemplating bowen, don't. Just doooooo it - lol

I first went to see David after 12 long months of putting my faith in “conventional” treatment. I had been suffering with severe shoulder pain on both sides that was keeping me up most nights and limiting my movement throughout the day. I make my living as a personal trainer so it wasn’t a good for business that I couldn’t demonstrate something as simple as a press up to my clients!

I did what we all do and went to see my GP who referred me for physio. 16 weeks and several sessions later, there was no improvement so I was referred to see a specialist shoulder consultant (the best in the country apparently). After months of scans, x-rays, MRI’s, cortisone injections, steroid injections and a whole lot of different theories the conclusion was reached that I had partially torn labrums in both shoulders that would require keyhole surgery to put right. This would have put me back, potentially, another 4 to 6 months. At this point, neither my business nor mental wellbeing could afford the extra time off work and away from my own training. I knew it was time to try a different approach before going under the knife.

David trains in the gym where my business is based so I knew who he was and what therapies he was a practitioner of. He had been explaining the merits of Bowen to me for a while and as I understood the science behind it, it was time to give it a shot…..

Three sessions later, David told me to start light training again. To say I was skeptical and apprehensive is an understatement! Surely I couldn’t be anywhere close, after a full year out, to being ready to start training again but low and behold, everything was fine. A couple more sessions and I was back to full training and I’ve never looked back.

Since finishing my treatment, David has become my go-to guy whenever any of my clients are having physical problems that I am unable to fix in the gym. He has fixed everything from frozen shoulders to sciatica, anxiety and migraine.

Thanks again David. Emilie's 2nd session of Bowen Therapy and she is like a different baby

I was referred to David by a client and i tell you, finding out about David and his wee magic hands was the best thing that could have happened to me for my career.

Feb 2014 was when i first noticed a twinge in my elbow, it wasn't bad so i didn't think anything or do anything about it. By the end of June the pain had got so bad, I couldn't bare it any longer. I visited my doctor a few times, who diagnosed me with tennis elbow and gave me strong pain killers a steroid injection and a referral to physio. I was in so much pain, i couldn't even take a pair of socks off using my right hand or throw a ball for my dog. As a self employed hairdresser this was pure torture.

More doctor visits as the pain killers, jag and physio wasn't working and all they could say was, it's time for a career change as there's nothing else we can do for you. Honestly, I thought my life was over, I couldn't ever see myself doing anything other than hair and i've spent years building my clientele.

So I turn to my trusted Dr Lui, chinese medicine man for acupuncture. I started doing 3 treatments a week for the first month, then down to two a week for a second month as I had started to get some relief, not much, but at least it was something and I was able to work. I continued acupuncture twice a week for another month before meeting my client that recommended David. When she explained what he done, i thought, this has to be a joke, how can that work? However as I was still in so much pain and couldn't see any light at the end of the tunnel, I was prepared to try anything.

I called David and booked in, along i went for my first treatment and I have to admit, I was lying on his massage table thinking, this isn't going to work, he's not even touched my sore arm. The treatment finished and I left still thinking, this guys off his rocker, how is this expected to work.

A week later I went for my second treatment, same again, what am i doing, I kept asking myself. I left, still apprehensive though still prepared to give him the benefit of the doubt. Along i went another week later for my third treatment and WOW, this is when it all started to make sense.

After my third treatment and me thinking for weeks that David was some kind of crackpot, my arm was getting better. Relief, I had noticed a massive decrease in the pain in my elbow, I started to get excited and could see the light at the end of the tunnel now. By my fourth treatment I was virtually pain free so we scheduled a treatment for a month later, this was treatment number five. I had this treatment at the end of november and would have booked for a month later however I am pregnant and my bump was starting to get in the road for lying down on the massage table so I didn't rebook.

We are now in February and I can honestly say, I have not had any pain what so ever in my arm/elbow, I can even take my socks off using my left hand again and throw a ball for my dog, I am delighted David has given me my career back. I still don't understand how it all works, it just does and I'm over the moon. An added bonus to my elbow getting better is that since my second treatment with David, I have not had a sore head. Total joy as I had started getting quite sore heads.

David has wee magic hands and i would recommend you give him a go, I will be back once I have the baby so he can get to work on my coccyx and maybe a wee check over of my elbow.

Thanks David, you're work is amazing.

Around 10 years ago I lived back and forward in Spain , one time I was going back over I got slipped disks and a trapped nerve "sciatica" I've never been in so much pain to the extent I couldn't walk or do anything basically for year , I had to come back to Glasgow perm !! I went to doc got co codomol was on morphine and a sedation drip , docs are not interested and only prescribe to get rid of you , I was sent to physiotherapy lol best in mind couldn't even walk !!! Then to a chiropractic lol even funnier !!! Then a friend suggested David Murphy for Bowen therapy.. I said no as I'd had enough and couldn't see how that would help ...I went to David to shut the person up and I was in so much pain that I was terrified ... The treatment lasted nearly an hr , and painfree!! I was asked how I felt after the treatment , I laughed and said it feels better already but it's prob because I was I you house lol , I had 4-5 treatments and that was 10 years ago and I've been fine ever since , I send everyone I know to David he's fixed all my pals and clients loads of different types of pain ...I don't know what's up with him but he's definitely got some kind of special powers , don't suffer with anything.

Thanks for the massage yesterday still feeling stress free today and skin feels great due to oils, but I can honestly add that I've had massages from various places and would recommend this above all others not only were aches and pains relieved but due to the fantastic oils my skin was in excellent condition

Looking forward to my 3rd bowen treatment today, after 10 years of back pain and treatments from chiropractors, physios and acupuncturists I was getting nowhere. Until I got my first treatment of bowen from Mr David Murphy, effectively curing the burning sensation I had been getting in my lower back from standing or walking immediately. It has also had a major impact in the shoulder pain I had been suffering from as well. I can not recommend this treatment enough, if you are suffering from pain then suffer no more, get in touch, get pain free!

I have had a few treatments of bowen now and have never felt better, physically and mentally. I would highly recommend anyone to give this a try before any other physical therapy.

I have a kidney stone climbing the walls with pain!! on loads of painkillers .....went to Davie Murphy a few weeks back and from the very 1st session of Bowen I have had NO pain & NO painkillers ...I also got my energy back and concentration was much improved....I cannot recommend Davie enough he is a Miracle worker I feel back to myself again! Thanx Davie

I Wanted to take the time to express my gratitude to David and his Bowen therapy. My little boy suffered from terrible silent reflux and other things due to being premature and failure to thrive in-utero. At our wits end...we read about bowens online and discovered David. We took mason when he was ten weeks old..it was fascinating (and sanity-saving) to see how quickly and effectively it worked! I choose to take him back for a few more treatments at 6 months as top-up...and plan to do more. It saved our sanity and I genuinely believe it's the reason our wee boy so happy and relaxed-thank you and see you soon x

Seriously girls & guys if you suffer from any kind of back pain... Any aches in ur body that are affecting your lifestyle... David Murphy 'Bowen therapist' is the way 4ward. Can't believe I walked away pain free 2day. It really works. Thank you to my good friend Brazilian Blowdrys Atstyleikon Glasgow for the recommendation... Onwards & upwards <3 <3 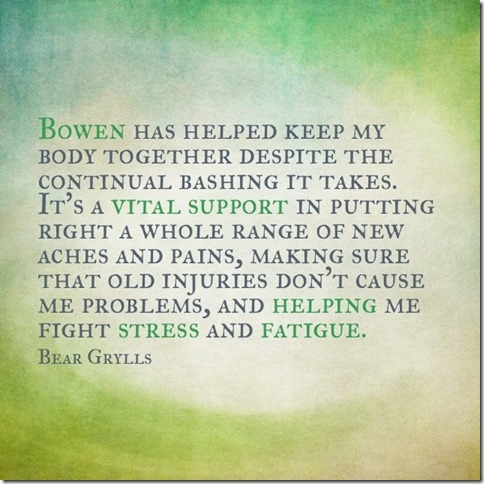 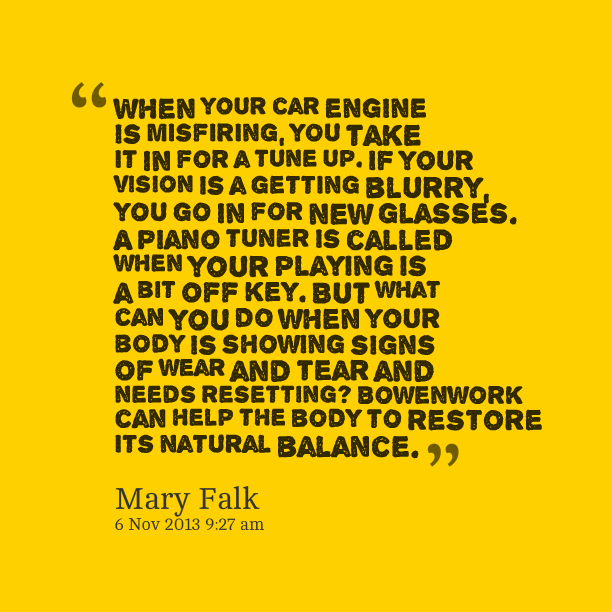